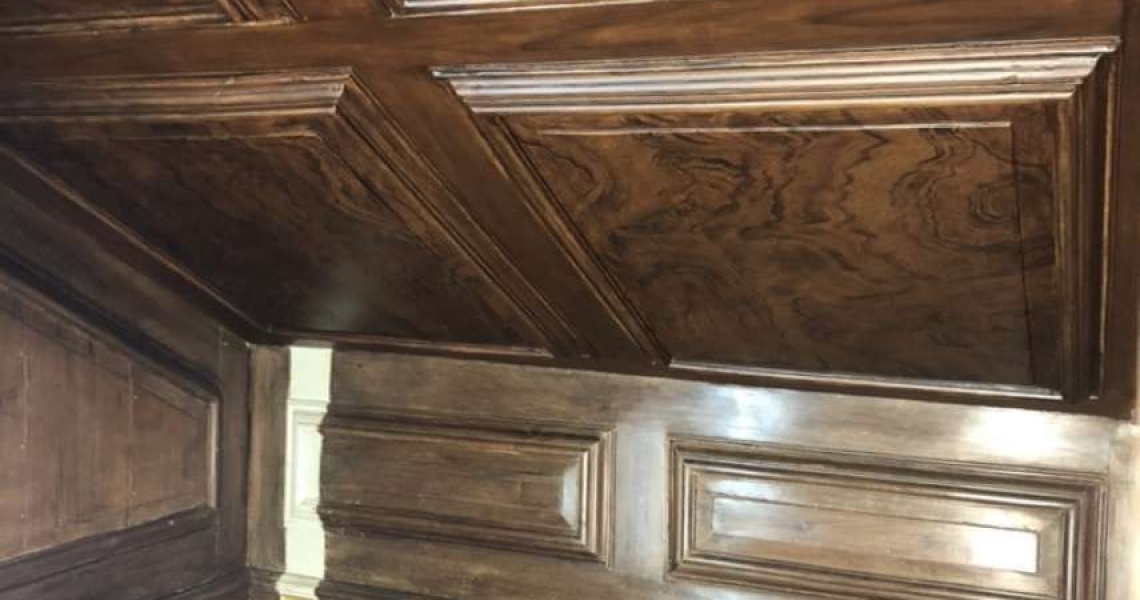 Ellis and Company have completed the redecoration of the Old Staircase at the National Trusts' Dyrham Park. This project restored the beautiful walnut woodwork in the Old Staircase which was designed and built in the 1690s.

Modern paint schemes applied in the 20th Century have been removed from the stairs and panelling  to reveal the underlying walnut finish which was originally intended for this grand staircase. Area's of softwood were carefully grained to give the appearance of 'Historic Walnut'.

The staircase area including walls, windows and shutters and radiators were completley redecorated and the frame of the painting located on the ceiling, 'Allegory of the Arts' by Andrea Casili was regilded.

This is part of the National Trust's plans to reinstate 17th Century elements to the property creating an improved experience for visitors to this historic country house and gardens.

Ellis and Company were on site until the end of December, Dyrham Park remained open to visitors during the work, viewing areas were installed to allow the public access to the ongoing project.

More information about the National Trust's restoration project at Dyrham Park and ways to contribute to it can be found via this link and more information and examples of Ellis and Company's experience of repairing and restoring historic Public Buildings and Historic Houses and other projects here. 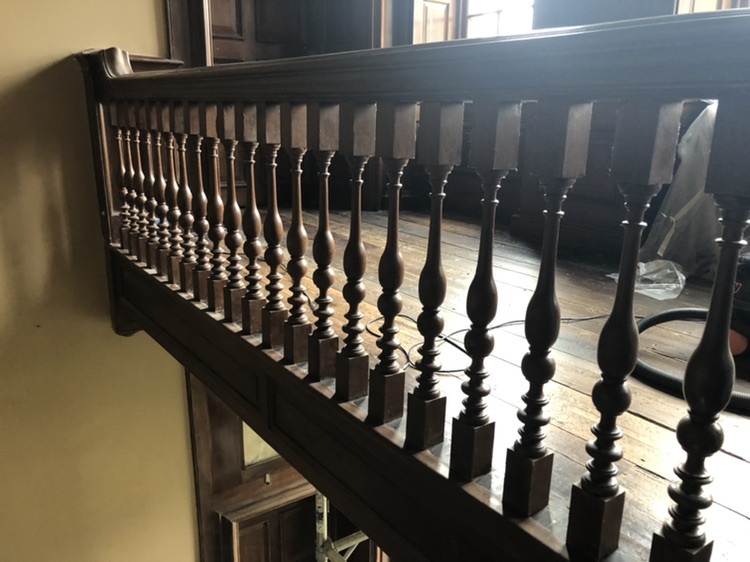