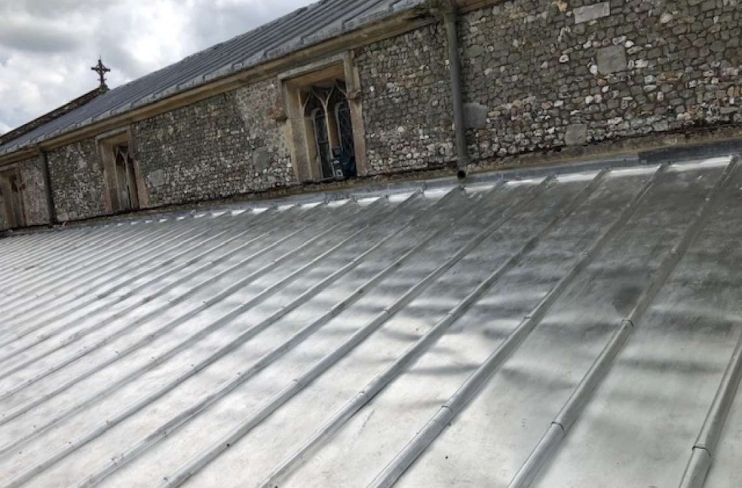 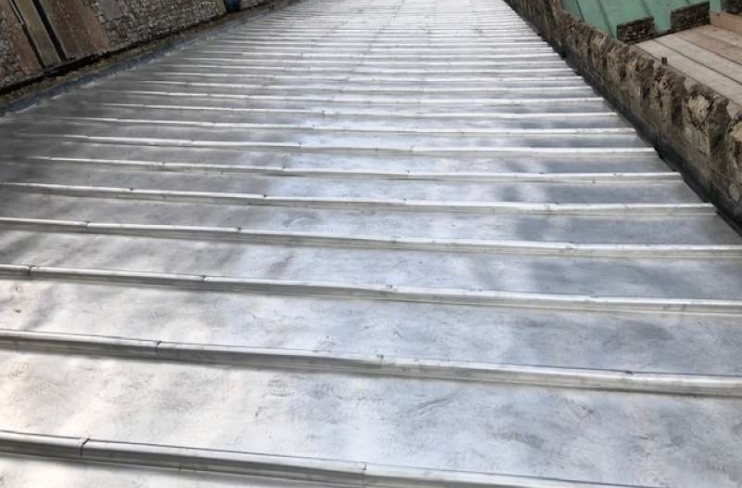 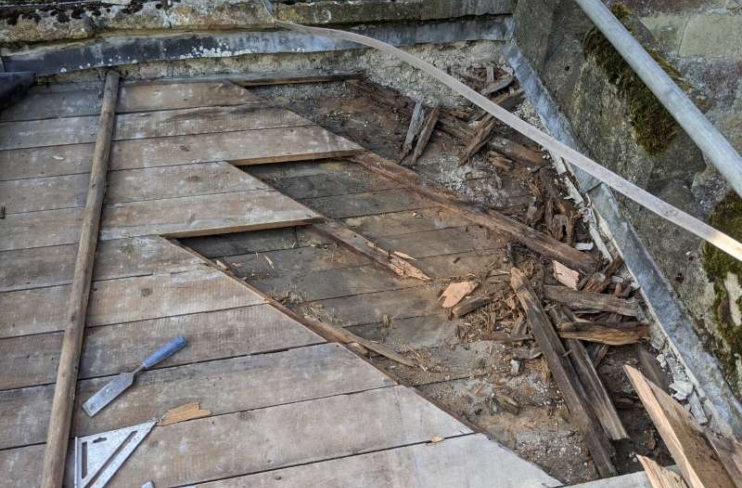 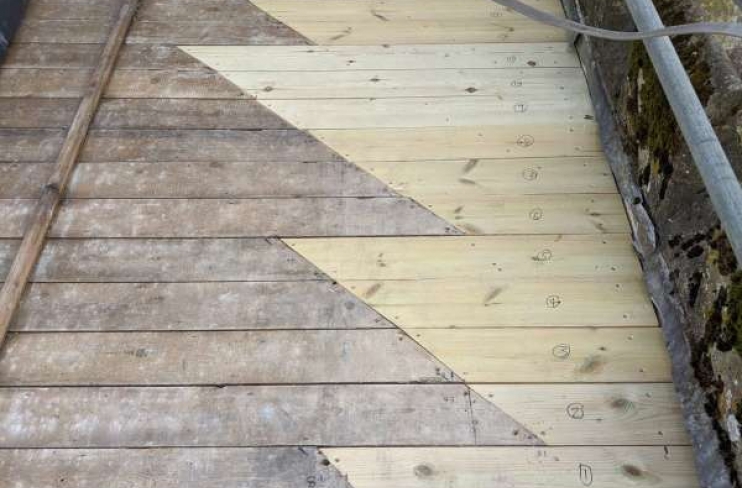 A recent lead theft from St John’s Church in Pewsey gave the church a difficult dilemma, do they replace the lead with another lead roof and fit alarms and security to help prevent further vandalism or should they rethink the roof covering and recover the aisle roof with terne coated stainless steel?

Churches are particularly vulnerable to this type of crime with lead roofs proving a desirable target for a thief, with many roofs not being visible from the ground the damage caused by a theft can remain undetected for some time and can lead to major problems with water ingress to the building. The damage and expense caused to a local community church can be colossal and the depletion of church funds can leave a heritage building vulnerable to further damage as routine maintenance is forgone to replace a stolen roof.

The roof structure at Pewsey had suffered some timber decay and repairs were necessary. The rotten original boarding was removed and replaced with new redwood timber. Terne coated stainless steel (TCSS) was decided on for the new roof covering. To give a similar appearance of the original lead roof, it was decided to use a roll detail instead of a standing seem, this gives the appearance of a typical lead roof bay connection detail. The timber rolls are cut with a 45˚ angle on the end and are screwed to the roof deck in the same way they would be on a traditional lead covered roof. The TCSS roll coverings are manufactured to give watertight seal between the bays. The bays for the Pewsey project were measured on site and manufactured in our workshop in Shepton Mallet. Due to the considerable weight saving, these could be transported using a van.
Our hard metal team proceeded to lay the roof bays in accordance with the Federation of Traditional Metal Roofing guidelines(FTMR).A Metmat Underlay was used below the TCSS to help reduce rain noise; this is placed between the rolls. The flashing details around the roof were redone using lead, this often gives better weather protection due to leads versatility when overcoming awkward details. The lead gutter detail along the North parapet wall
remained in place during the theft, it was found to have been in good order and was checked and repaired accordingly.
Once the roof was again watertight, the internal plaster and decoration was redone.
The works were carried out during the Summer of 2020 under the instruction of Jessica Holland from Donald Insall Associates. 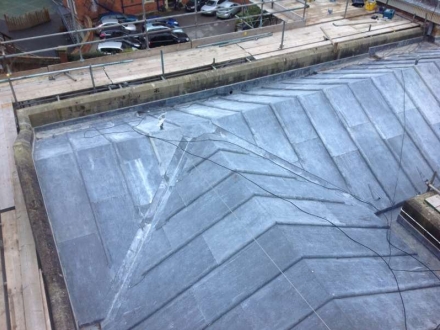