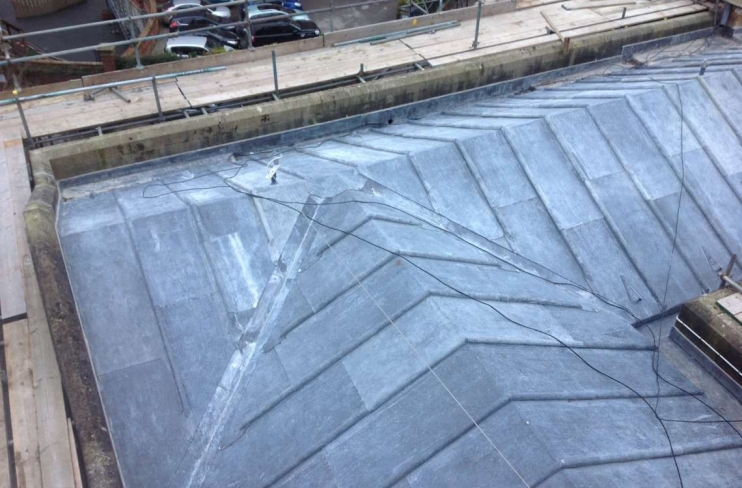 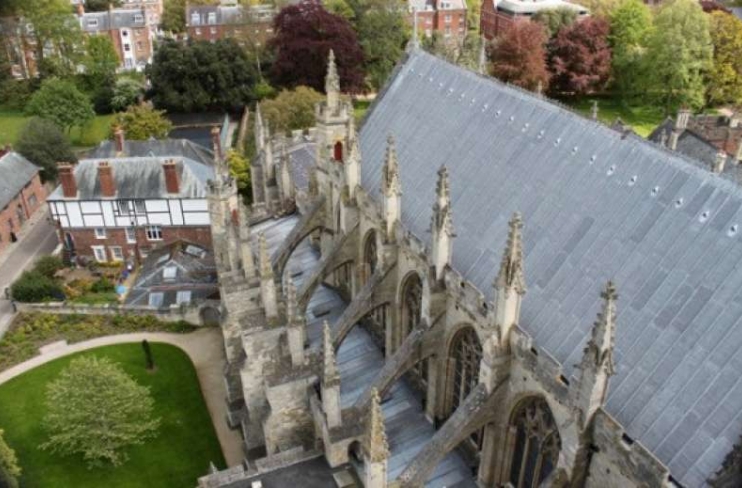 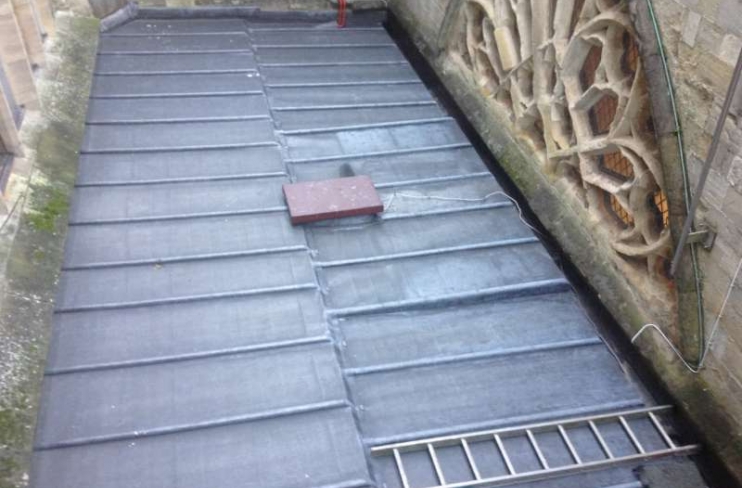 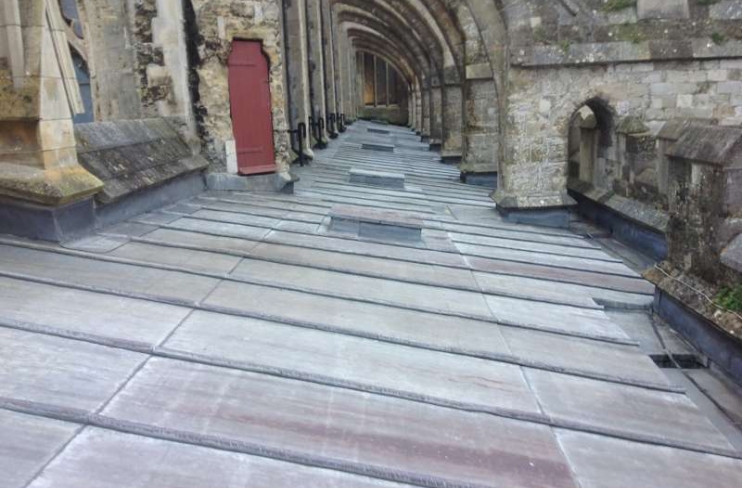 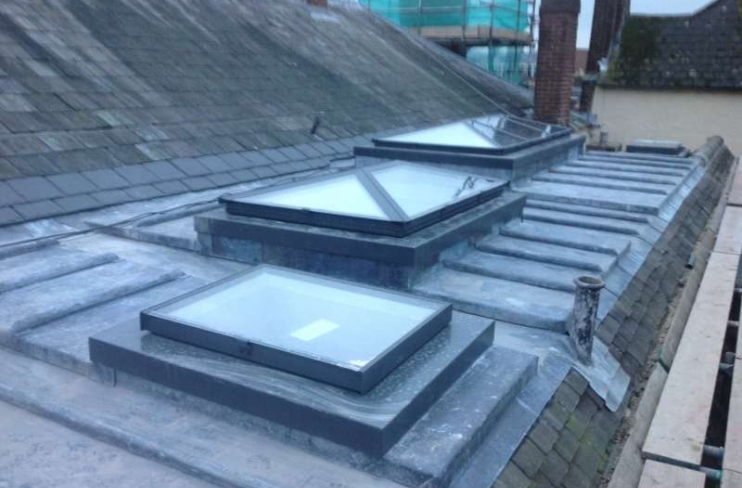 Exeter Cathedral is one of the nation’s finest example of decorated gothic architecture and receives 250,000 visitors each year. The circa 1887 Pearson Cloister, built on the site of an earlier medieval cloister, houses the Cathedral’s education facility.

In 2014 Ellis and Co completed a programme of roof repairs. With Acanthus Clewes Architects, Ellis and Co re-cast and re-laid the lead roofs, improved rainwater collection, and repaired brick and stone work to the cloister and south range pitched and flat roofs.

The roof structure was reinforced by sandwiching existing timbers in-situ with new supports, creating laminated beams between the east and west gables, and supplementing these with new joists. Old rooflights were removed and six new leaded rooflights and an access rooflight were installed. Roof slates were replaced with matching tiles. Four chimneys were repaired and made watertight. The roof was retiled, releaded, and new guttering and rainwater goods installed, and existing rainwater pipes painted.