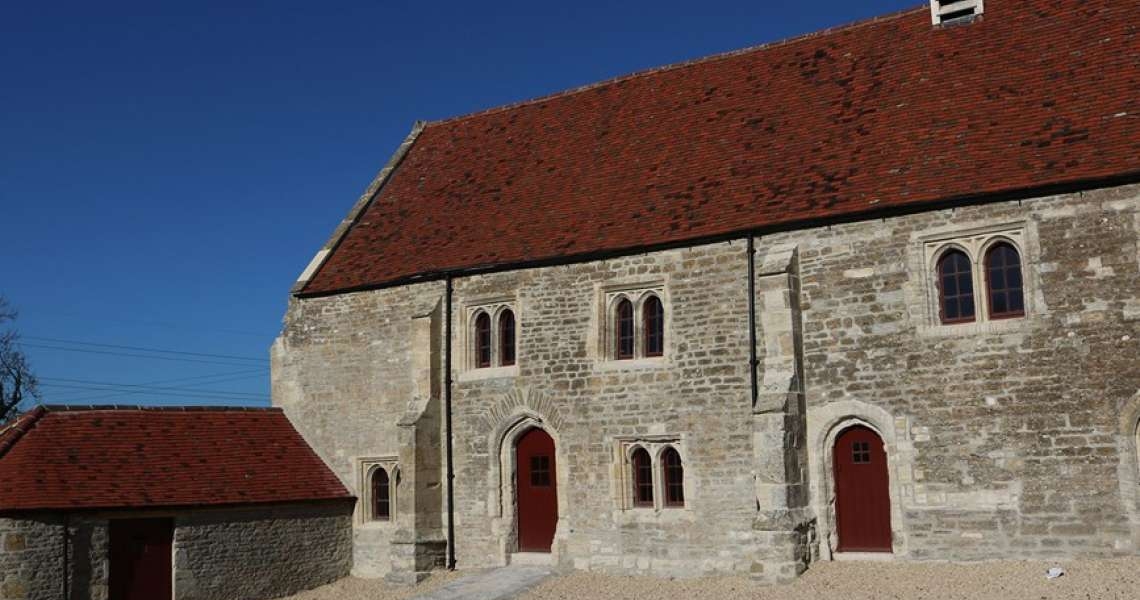 Historic England are celebrating 20 years of the Heritage At Risk Register and Ellis and Co's work at Powderham Castle, St Giles House, and Brook Hall are showcased as examples of buildings which came close to being lost but have now been saved for future generations. Historic England say of Brook Hall...
"The early wing at Brook Hall is a Grade I listed medieval Lodging Range. It forms part of a group of buildings around a courtyard that also includes a Grade II listed farmhouse. It's the most significant surviving part of a large late-15th-century complex and predates all the standing buildings now around it.
The range was built as domestic quarters. It provided three separate lodging accommodations, each with its own entrance from the courtyard. The range was probably converted to full agricultural use in the 18th century. By the 1870’s the ground floor was a cowshed and the first floor used for storing and maturing cheese. Over time, significant structural movement lead to cracks and a loss of bonding in the masonry of the south and west walls. Historic England has been involved in the building for over 20 years and started monitoring the movement in 1998.....Early in 2017 works began on site to repair the envelope of the Lodging Range, which were completed in spring 2018. The walls are now stable, the roof repaired and recovered and the long-standing supportive structural scaffolding has been removed. Due to the poor condition of the building, Historic England grant- aided its repair. The owners are planning to convert the Lodging Range to holiday accommodation, giving the building a similar use to that for which it was originally built"
Two decades after the introduction of the Heritage at Risk programme over two thrids of the buildings and structures on the 1998 register are now safe.
We are delighted to have been a part of this story.
Read more about Ellis and Company's conservation of Brook Hall here.
Read more about Ellis and Company's repair of Powderham Castle here
Read more about Ellis and Company's restoration of St Giles House here